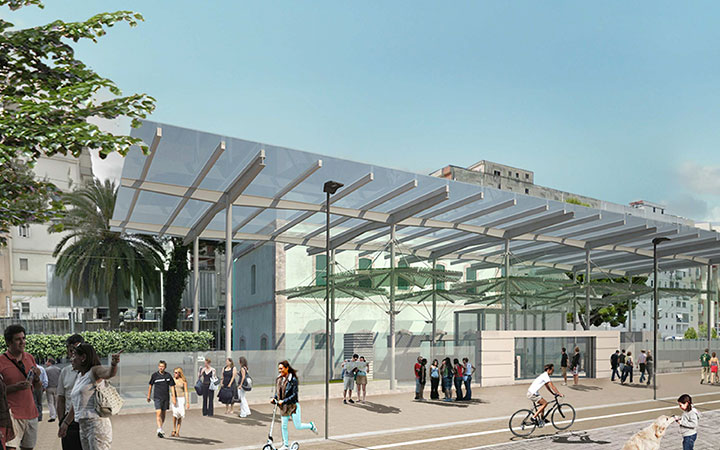 3TI PROGETTI has been awarded as nominated designer of CONSORZIO INTEGRA to provide detailed design and related services as part of the design and build contract issued by Ferrotramviaria S.p.A for a new thrilling project in Andria, near Bari, Italy. As per today the railway track represents a real barrier that sharply divides the city into two parts hardly connected by feet as well as by car. The aim of the project is to move underground the railway line across the city centre, creating a new urban space at city level, with multiple connections for different transport systems (pedestrian, cycle and cars) and a new townscape around the existing station. The station will be improved with an underground terminal, directly connected with the existing historical building, with a public covered plaza on the top, and several facilities for the travellers.
The project is part of a more general urban plan to improve Ferrotramviaria S.p.A transport services in the municipalities along the line in the North of Bari, so called “Ferrovie del Nord Barese”.